Photo+Adventure - your event for photography, travel and the outdoors at Landschaftspark Duisburg-Nord. Next event: June 13-14, 2020

This page gives you a run-down on the event's history, testimonials' opinions and the team behind Photo+Adventure. 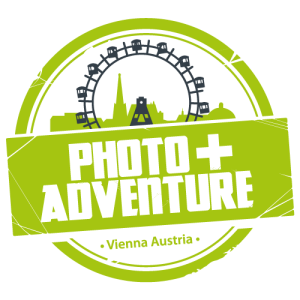 Photo+Adventure started as a consumer exhibition with a high entertainment value in Austria back in 2004, combining the three exciting topics photography, travel and the outdoors.

Our Austrian sister exhibition started as a fairly small event in Vienna with about 1.200 visitors. In 2017, more than 20.000 visitors attended the show which is now on an annual schedule.

In 2012, we started contemplating a new project for Germany. A German Ltd. was founded in 2012 when the CEOs Daniela Flühr and Katrin Schmidt as well as Oliver Bolch and Thomas Wiltner (the organizers of the Austrian event) decided to bring this event to Landschaftspark Duisburg-Nord.

In order to do justice to the location’s fascinating industrial charm and to emphasize the outdoor and event character of this event by increasing the number of supporting programme and workshop acts, it didn’t take long to decide to move Photo+Adventure into summer. The second weekend in June is now established as Photo+Adventure weekend.

In June 2014, the first Photo+Adventure took place at Landschaftspark Duisburg-Nord. From June 13th - 15th, 2014 it turned into a massive playground for photographers, travel enthusiasts and outdoor freaks. On the weekend of our first event more than 5,000 people came into the trade show hall. Today we have more than 11,000 visitors at Photo+Adventure and we certainly hope to keep growing over the upcoming years.

We hope to see you all at our next event, so please block your calendars for the years to come – the second weekend of June is ours (usually - in 2020 the virus changed our plans and we moved the event to the second weekend in October).

Here is what others have to say about Photo+Adventure:

We're very happy as we met great visitors being very interested. The atmosphere in the trade show hall made us feel at home in Duisburg.

The best trade show concept in the German photo industry.

BenQ was part of a unique event. The variety of visitors and exhibitors was fantastic.

Photo+Adventure with its three main topics photography, travel and the outdoors is the perfect match for Jordan, the adventure country. Our expectations haven't been disappointed - quite the contrary.

Very enlightening conversations, a goo dmix of products and topics. A great and lively event.

With the second event Photo+Adventure in Duisburg is becoming an institution for all fans of Photography, Travel and The Outdoors. Nikon was again very well-presented with a large trade show booth, a workshop program and the check and clean services that was well accepted. We were thrilled by the perfect organization and the variety of workshops and show offerings that left nothing left to wish for. (...)

Photo+Adventure is THE trade show for photo-enthusisasts and passionate travellers. The great location Landschaftspark Duisburg-Nord increases every photographers heartbeat. Communication and organization by the organizers was very good, which ist very important for us.

The topics of photography, travel and the outdoors are a perfect match. Thus, an event combining these topics is just a logical consequence. Not just the topics themselves, but also the supporting programm were very interesting. To put it in a nutshell: It was a very promising premiere and I look forward to witnessing the event to continue establishing itself.

I've rarely seen an event as impressive as Photo+Adventure. Impressive because of the modern concept combining a broad offer of indoor and outdoor activities with trainings and a large trade show, so customers aren't consuming only but are also actively participating throughout the whole event. A perfect platform to be inspired, to learn and for a lively exchange with others. I was extremely thrilled about the quality of Photo+Adventure. The organization was perfect and smooth before and during the event so I was able to focus on sharing and teaching my photo-art. A real trendsetting event. I'll happily join in again next year!

As an exhibitor in the trade show hall the event was very successful for us. We had lots of interesting talks with high-quality visitors. (...) At DIAMIR photo travels we're looking forward to next year's event and of course we will come up with something special again.

For me as a photographer Photo+Adventure is just fantastic. The location with its old industrial park offers endless opportunities for my workshops and allows for lots of photographic creativity. Workshop participants can start taking great images right from the beginning after a bit of theoretical training.

There are many smaller festivals that focus on only photography, travel or the outdoors. Bringing all three aspects together seems like a very logical and essential step to me. This concept has proven successful in Austria and I am very excited to see it being brought closer to home and to witness how the best of these three worlds meet. I can only back events like these that create a terrific space for meeting with photographers of all levels and genres to exchange ideas, knowledge, gather inspiration and chat about techniques and technicalities. At the same time the event brings together aspects of nature conservation and green traveling – sounds like the perfect combination for me! Being a nature photographer myself, it is extremely important to me to ensure that nature is preserved and people take care of the outdoors and their surroundings while capturing the beauty of this planet.

Live your dream! This motto of World Insight is reflected in the faces of many Photo+Adventure visitors: Live to travel, take these memories home with you - be it in your mind or on camera... We have been a Photo+Adventure exhibitor for many years now as the audience is different from traditional travel expos and we always encounter vistors who are extremely interested. We are happy to see Photo+Adventure coming to Germany – the Landschaftspark is an extraordinary location and thus the perfect match for an event like Photo+Adventure. We will certainly be part of it!

Very enlightening conversations, a goo dmix of products and topics. A great and lively event.

Here are some of the folks making Photo+Adventure a success! 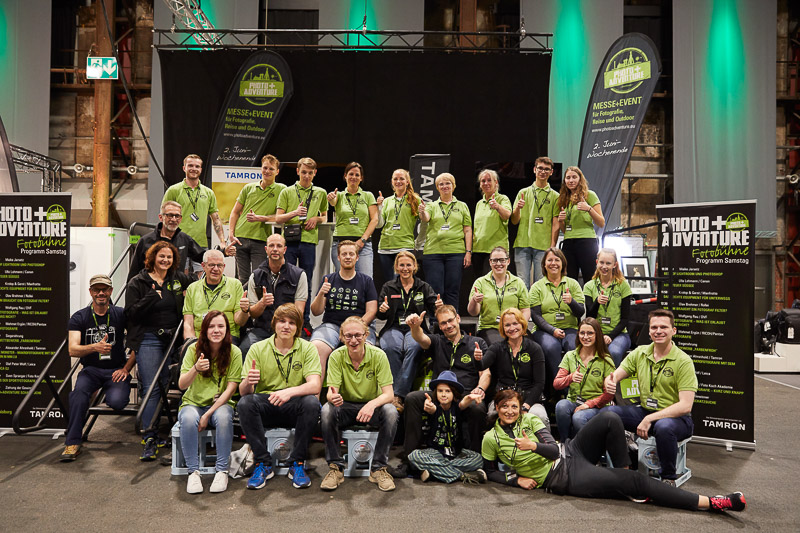